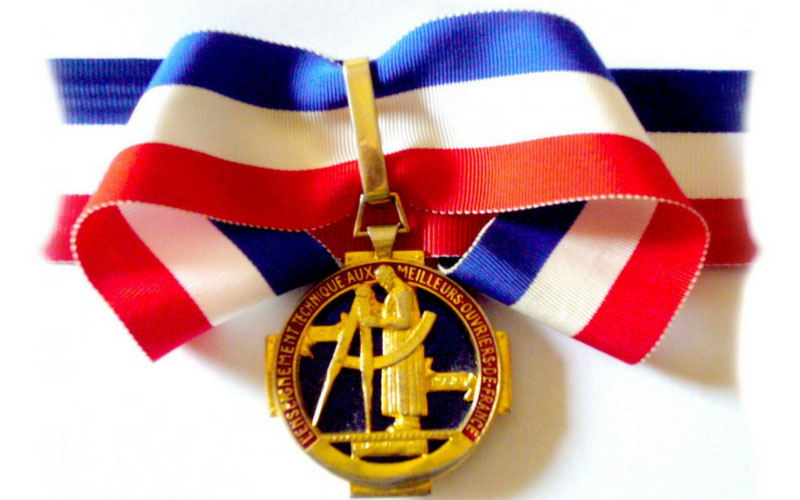 30 Apr Morel gets its Best Worker in France

Posted at 17:00h in Latest News by Julie Marie Millot

Valérie Prillard, in charge of the prototyping workshop at Morel, received the Best Worker in France award.

On April 16, 2016, the 25th contest of the Best Workers of France (MOF) in eyewear took place. The rendezvous was held at the Sorbonne in Paris. Among the three award winners that day was the first woman to win this prestigious title: Valérie Prillard, prototypist and model maker at Morel for 20 years.

A fine reward for Valérie Prillard, who works every day to give life to the designs of the designers. It is she who completes for the very first time actual scale models of the Morel frames

Morel has its Best Worker of France from MOREL Lunettes on Vimeo.

The MOF eyeglass maker competition is divided into two parts :
– A first challenge, a notebook with very strict and specific technical tasks
– A second free challenge with a mandatory theme – “folding lorgnette” for this promotion.

It was notably on the second event that Valérie Prillard exceled. The face-to-hand (a hand-held eye piece) evokes a very masculine universe: its frame with straight and square lines is folded in a case resembling a Zippo lighter.

Valerie knew how to play with the details to perfect her face-to-hand: a cufflink allows the eye piece to unfold out of its wooden case. The wooden case and the metal frame give a look reminiscent of a Laguiole knife. A wisely thought reference!

Valerie Prillard spent more than 500 hours prototyping and perfecting her frames. A titanic work that she led with passion – the same passion she shares every day in Morel’s prototyping workshop.